(A Homage to Algae, the Elements and Transformation)

‘Nothing Endures but Change’, 2018.   A group exhibition of ephemeral sculptures curated by Susan Haire of The London Group.  Part of the Waterloo Festival ‘Transforming Minds’ 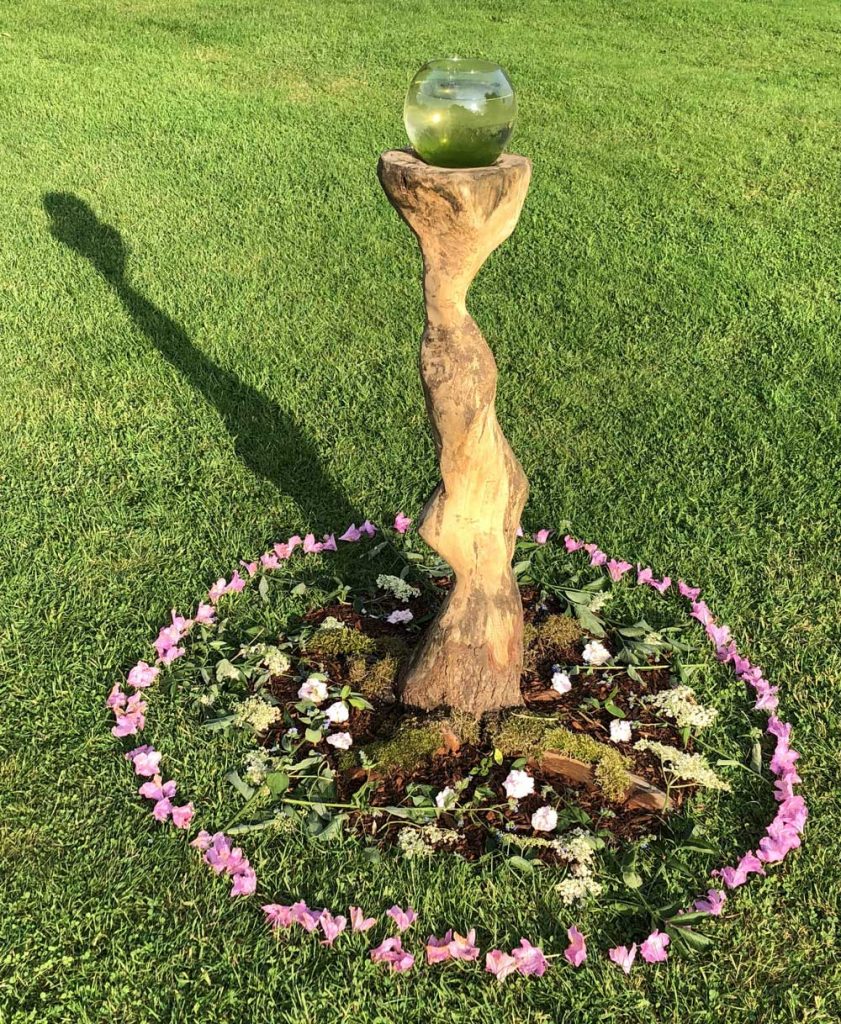 The Greek classical elements of earth, fire, air and water were considered the building blocks of all matter. Algae is often believed to be the source of life. Inspired by the alchemy of the elements and the cyclical rhythms of nature, Regenesis is a homage to transformation through the recycling process. Wood from a loved dying cedar tree was used to create the sculpture – creation often emerges through destruction and dead matter can be transmuted. Changing states alter our perceptions ‘when you change the way you look at things, the things you look at change’ (Dr Wayne Dyer)

Throughout the exhibition visitors were invited to make a wish for themselves and the planet over the water and algae. Water carries memory – it was collected from the sacred Chalice Well at Glastonbury and the intentions set in the water were honoured as part of a ceremony to celebrate the Summer Solstice on June 21st. 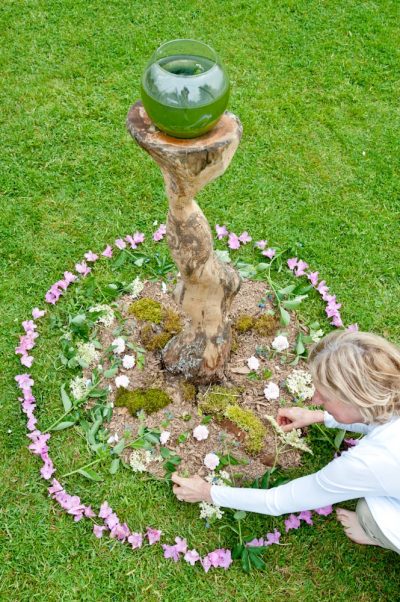 Even after all this time the sun never says to the earth ‘you owe me’  lookwhat happens with a love like that, it lights the whole sky (Hafir)

On a midsummer new moon healing water and algae were collected from the sacred spring at Hollywell in Eastbourne. They were passed around the exhibition and visitors could drink the healing water or make wishes or prayers for what they desired for the future as a blessing over the water. The water vessel was placed inside the old dead wreath from a relative’s grave. We all die and the earth is at risk of dying if we don’t nurture it.

‘Regenesis’ is a meditation on the cycle of life and the duality of light and dark. We are essentially made of starlight. The light from the Big Bang penetrated the darkness and created the carbon. This produced the microorganisms which created the blue green algae, whose photosynthetic activity brought oxygen so all animate life could exist.
The live intuitive performance tapped into a pagan summer solstice ritual dance. The symbolism of sowing seeds from the heart to resurrect our forgotten dreams reminds us of the potency of our intentions. The healing power of the spirulina (algae powder) was used as a metaphor for the possibility of transformation inspite of outward appearances. The uv light which provided the source for the birth of the algae was used to light up the potion and was a sign of rejuvenation and potential.